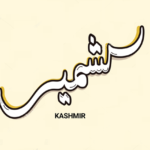 Robert Ballard, an underwater archaeologist, who found Titanic claimed that the great deluge was based on real events. His hypothesis depended on a questionable hypothesis proposed by two researchers from Columbia University that there was an enormous flood in the Black Sea region. He further uncovered that around 12000 years back a significant part of the world was surrounded … END_OF_DOCUMENT_TOKEN_TO_BE_REPLACED