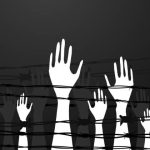 On the afternoon of July 10, the Bosnian Serb army soldiers began storming Srebrenica, a city of refuge created by the United Nations, where more than 40,000 people sought shelter from war. A United Nations officer in the town hunched over his computer and tapped out a desperate plea to his leaders in Geneva; about 23,000 Muslim women and children were deported in the next … END_OF_DOCUMENT_TOKEN_TO_BE_REPLACED