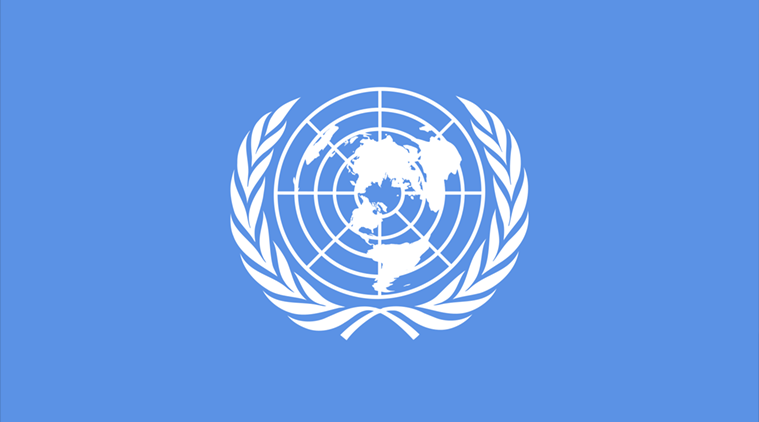 India took the case of Jammu and Kashmir to the United Nations Security Council on 1st of Jan 1948 which resulted in the formation of United Nation Commission For India and Pakistan(UNCIP), this commission then passed multiple resolutions in order to settle the issue but due to India’s attitude, the issue is still pending.

When we try to study UNSC resolutions, one thing that becomes abundantly clear that all of the resolutions passed by the UNSC had only two options for people of Jammu and Kashmir to choose from i.e Pakistan or India. But the interesting thing that has been propagated for quite some time is that there was a third option, the option for an “Independent state”, which was cunningly removed by Pakistan.

This myth has been repeated so often and by some of the most well-known nationalist leaders that people started to believe it as a fact.

“The Kashmir dispute was then referred to United Nation which passed a resolution on 13th Aug 1948 saying the future of Kashmir state will be decided by its people through a plebiscite held under the supervision of UN. Pakistan agreed to this resolution and signed it, but just after 4 months (i.e. in December 1948) Pakistan changed its stance and asked the UN to limit the self-determination of Kashmiris to just India and Pakistan. Pakistan was able to approve this demand in the resolution passed on 5th Jan 1949. That is how Pakistan deprived Kashmiris of their sovereignty”.[1]

“On 25th December 1948 Pakistani Foreign Minster Zafar Ullah Khan writes a letter to UN asking UNCIP to limit the self-determination of Kashmiris to India and Pakistan”.[2]

As we are going to see these claims will not hold ground once put under scrutiny. The first thing to keep in mind is the first principal resolution that was passed by UNCIP was resolution number 47 passed on 21st April 1948 states “both India and Pakistan desire that the question of the accession of Jammu and Kashmir to India or Pakistan should be decided through the democratic method of a free and impartial plebiscite”[3] meaning there were just two options from the get-go. All the subsequent resolutions more or less followed and reiterated the same stand.

Now let’s see the resolution adopted by UNCIP on 13th August 1948, When UNCIP failed to implement its resolution number 47, UNCIP after discussions with both the governments, unanimously adopted a three-part resolution.

Its Part I dealt with a ceasefire, Part II dealt with a truce agreement whereas the Part III stated that, after the acceptance of the truce agreement, the two countries would enter into consultation with the Commission for settling the future of the state in accordance with the will of the people.

The main objective of this resolution was a ceasefire and truce agreement. For the third part, i.e. plebiscite resolution clearly said that further negotiations would take place.

The first paragraph of same resolution states “Having given careful consideration to the points of view expressed by the Representatives, of India and Pakistan regarding the situation in the State of Jammu and Kashmir, and being of the opinion that the prompt cessation of hostilities and the correction of conditions the continuance of which is likely to endanger international peace and security are essential to implementation of its endeavors to assist the Governments of India and Pakistan in effecting a final settlement of the situation.” [4]

“It is presumed, therefore, that the expression “a final settlement of the situation” employed by the Commission in the preamble to its Resolution means in the words of the Security Council the creation of “proper conditions for a free and Impartial plebiscite to decide whether the State of Jammu and Kashmir is to accede to India or Pakistan,” If the expression “a final settlement of the situation” has any implication, direct or indirect, whether falling short of or going beyond the quotation set out from the Security Council’s Resolution, the Government of Pakistan, wish to be apprised of it.” [5]

To which Dr. Alferdo replied,

“The expression “a final settlement of the situation” does not fall short of, nor go beyond the terms of the Security Council resolution of 21 April 1948, and is in harmony with it. The Commission, however, is not committed to a rejection of a peaceful solution that might be agreed upon by the two. Governments provided that such a solution reflects the will of the people.” [6]

“As regard to Part 3, The commission will be guided by the terms of the Security Council Resolution of 21 April 1948, setting forth the condition for a plebiscite, subject to such modifications as the commission might determine with the agreement of Governments of Pakistan and India.”[7]

After reading these communications we can clearly see that the third part of the resolution of 13th August which deals with the plebiscite suppose to follow the resolution 47 passed on 21st April 1948. As I mentioned earlier that resolution had only two options i.e India and Pakistan.

Now we will examine the claims that on 25th December 1948, then FM of Pakistan wrote a letter to UNSC and asked to remove the third option. The matter of the fact is that after careful and long back and forth consultation with India and Pakistan, UNSC submitted a draft proposal to both countries on 11th Dec 1948. The title of the proposal was “BASIC PRINCIPLES FOR A PLEBISCITE PROPOSED BY THE COMMISSION TO THE GOVERNMENT OF INDIA AND PAKISTAN ON 11 DECEMBER 1948”.

For the sake of clarity, I will paste the first two points of that proposal:

A. The Commission reaffirms its resolution of 13th August 1948.

B. The Government of India and Pakistan simultaneously accept supplementary to this resolution the following principles:

1. The question of accession of the State of Jammu and Kashmir to India or Pakistan will be decided through the democratic method of a free and impartial plebiscite. [8]

Two things that need to be noted here are, first, this proposal was not a new standalone resolution but was a supplement to the 13th August resolution. Second, it also had only two options. Now how is it possible for Sir Zafar Ullah Khan to write a letter on the 25th of December for the purpose of limiting the options when the proposal of 11 December already had only two? This could only mean that these claims are false. Pakistani FM did write a letter on the 25th of December 1948 but that letter only accepted the Proposal that the Commission proposed on 11 December 1948. For the sake of readers, a copy of his letter is reproduced below.

After acceptance by both countries, this supplement resolution with the resolution of 13th August was passed on 5 January 1949.

It would not be wrong to say that the Kashmir dispute is one of the most extensively written topics in the world. But still, we will find many false claims with it. We need to be careful and try to do thorough research before believing anything we read.

(S/xxxx are UN designated document symbols, These can be easily downloaded from here by pasting desired symbol in searchbox.)

Author hails from AJ&K, Pakistan and can be reached at ejaz.gul0@gmail.com