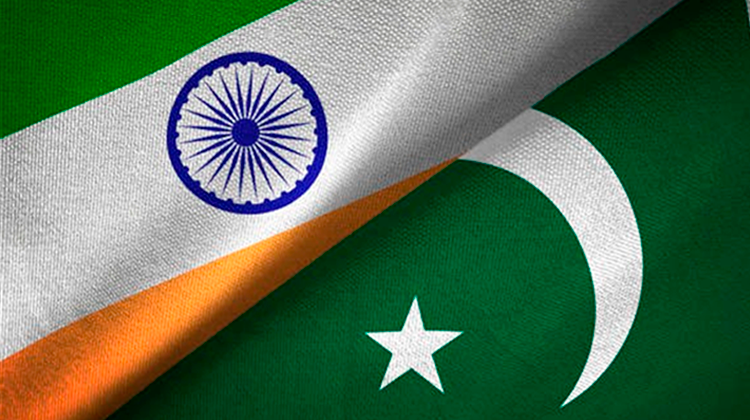 The second world war resulted in a remarkable reorganization of world order. Apparently, the most significant event in the post-war period was the partition of British India and the birth of Pakistan. The partition, thanks to the royal incompetence of Mountbatten, was a messy and bloody business that led to myriad issues between India and Pakistan. The most important of the issues, with long-term and globally tectonic consequences, came to be known as the Kashmir dispute: a predominantly Muslim majority princely state (77% Muslim: Census 1931) acceding to India rather than the Muslim homeland, Pakistan. Soon after the partition, against all odds, India managed to gain not only the military-administrative control over most of the erstwhile princely state but also secured, with active support from local leadership, an accession document from the then ruler of the state.

However, in spite of everything going in its favour, India has never been sure about its tenuous control over Kashmir. Indian insecurities vis-à-vis Kashmir, ultimately, spring from the demographic fact that Kashmir is a Muslim majority state and that if it ever came to choosing between Pakistan and India, almost every Kashmiri Muslim will opt for Pakistan. India knew it all along and despite all its camel dance at the UN and all that tall talk about plebiscite it never really wanted to face a Plebiscite. Indira Gandhi in her letter from Srinagar to PM Nehru on May 14, 1948, wrote “[T]hey say that only Sheikh Saheb is confident of winning the plebiscite”. On July 14, 1953, President Rajendra Prasad wrote to Nehru that Vice President “Radhakrishnan, on his return from a visit to Kashmir, came and told me that even Sheikh Saheb thought that we would lose in a plebiscite”.

From the outset, India’s sole strategic challenge in Kashmir was how to ‘Indianize’ the Pakistani Kashmiris? India could always, as it has actually been doing since 1947, bribe, coerce, or con individual Kashmiris to make them act as Indians but how can you ‘convert’ the masses. India has been actively working on this problem since 1947 and, due to its own incapacity, has been importing strategic expertise. My father, due to his experience and association, had deep insight into India’s strategic thinking.

Apparently, it was a Soviet expert who came up with a hypothesis and a strategic solution to India’s Pakistan problem in Kashmir. His idea was simple: ideologically, you can never convert a Pakistani into Indian or vice-versa. If Pakistan is day, India is night; the two can’t co-exist. Ergo, as long as Kashmiris were Pakistanis, there is no way India could convert them to their side. The ‘conversion’ was, in real terms, only possible as a two-step process. First, you have to ‘de-Pakistanize’ them, and then, in the second step, there is a chance to ‘Indianize’ them. As long as Kashmiris were not ‘de-Pakistanized’ first, they could not be converted into Indians, no matter what. Imagine two mountains side by side, separated by a flat piece of land. One mountain is Pakistan and another India. Metaphorically, all Kashmiri Muslims are atop the Pakistan mountain and you want to get them on top of the Indian mountain. There is no way you can ‘airlift’ them directly from Pakistani top to India top. No amount of propaganda, money, or manipulation can achieve that! Practically, the only possible solution will be to make them first come down from the Pak top to ground level, and only then you have a chance to make them go up the India top. I was reminded of the schema when, circa 2003, a RAW operative, in high spirits, told me (not exactly the same words) that you can’t fill a pitcher with Ganga-jal as long as there’s Zamzam in it.

To cut the long story short, India started groundwork to ‘de-Pakistanize’ Kashmiris way back in the 50s. The ‘de-Pakistanization’ was planned to be achieved through a two-pronged strategy: one, carry out propaganda to dis Pakistan so that Kashmiris will come to dislike it; and, more importantly, create an ideological alternative to Pakistan. India was shameless in former and ruthless in the latter.

As a child growing up in Kashmir I remember how there were always these stupid stories about Pakistan … in Pakistan a federal minister inaugurated a match-box ‘factory’ in Azad Kashmir whilst here … surprisingly, people seemed to believe these stores when, at that point of time, decidedly, Pakistan was eons ahead of India in socio-economic terms. There was no internet at that point of time so India was easily able to manufacture and relay fake news at will.

As an ideological alternative to Kashmir’s accession with Pakistan, India created the idea of an Independent Kashmir. In terms of the mountain analogy used above, India created a ‘sabz-bagh‘ of independence at the ground level so that innocent Kashmiris can be lured to come down from Pak top. The idea of independence in itself is very powerful. It actually caught the imagination of Kashmiri youth in the 1990s and thousands of them laid down their lives for it and people like Yasin Malik, one of the most sincere Kashmiri leaders, are languishing in Indian prisons. However, India never wanted an independent Kashmir. For them, it’s just a prerequisite to ‘Indianize’ Kashmiris. In the second step, India would try to reframe the very concept of independence … independence ultimately means good life, good jobs, good business, etc, and that Kashmiris can have that ‘independence’ much better in India than in independent Kashmir, etc.

Whilst writing this piece, to keep it as cogent as possible, I have been really struggling to rope in my stream of consciousness!

Anyways, looking at things as they stand now, India, partly due to childish fatuity of its present leadership and partly due to a total misreading of broader geostrategic cues, seems to have bungled its long-term plans in Kashmir. India appears to be going ahead with forced ‘conversion’ by engineering a demographic change on ground. By usurping Article-370, India has, essentially, destroyed the ‘sabz-bagh‘ of independence and has forced an existential choice upon Kashmiris. Kashmiris, intuitively, appear to understand the Indian game and it is dawning on them that, in reality, their only choice is/was Pakistan; their existence as a nation (not country) was being bulldozed by India and that their only option to safeguard their nation/ identity was/is Pakistan. Even the most staunch nationalists among them are now sensing the ugly intentions of Indians and are uncontrollably warming to the idea of ‘Kashmir banega Pakistan’.

Kashmiris have grown aware of their original sin; they must now acknowledge it fully and do the penance by confirming their concrete commitment to Pakistan; that’s the only way to find deliverance from the cold hell that India is now so overtly seeking. It is now a moral duty of leaders like Yasin Malik to openly tell Kashmiris that the third option was an Indian trap and that the only strategic option for them is to boldly and openly seek Pakistan.

Farooq Kirmani was born and raised in Indian occupied Kashmir where he wrote and topped the Kashmir Civil Services exam and worked first as Under Secretary and then Deputy Secretary to Government. Given the political plight of Kashmiri people he couldn’t continue to work for the government and left the job to pursue higher education in Europe. He has 5 master’s degrees from 5 universities in 5 countries. He is now permanently based in U.K.