Two investigative journalists Adrian Levy and Cathy Scott-Clark interviewed different policemen, intelligence officers, and counter-insurgents for their remarkable book “The Meadow” related to the kidnapping of five western tourists in 1995. While sharing their experience with one of the JK Police officers, the authors wrote:

The overarching strategy of “the Game” i.e. countering the insurgency, the policeman said, was to use any means necessary to sow confusion, hatred, and suspicion between the different religions, races and competing militant outfits in Kashmir, so that no one group dominated, and all remained weaker than India’s security forces. But the Game went far beyond the age-old tactic of divide and rule:

“We slandered and manipulated. We placed words into someone else’s mouth to poison friendships. We created false fronts, fictitious outfits, to commit unthinkable crimes. We tapped phones, listened in to illicit lovers and blackmailed them. There was no moral compass. The Game had absolutely no boundaries, and this was something you only came to realise once you were no longer in it. And then you would stand back, sickened by what you had done.”

Soldiers, policemen and spies, the constitutional guardians of the state, became killers or hired them, disguising themselves as Islamic militants or Kashmiri political activists to spill the blood of soft targets, blackening the name of the freedom movement:

“Massacres in a village, rapes at night of women fetching water, morale-sapping shootings and bombings that targeted lawyers, journalists, trade unionists and philanthropists in the high street, their offices or homes. Some of it was accidental, but most of it was done to inflame, poison, erode and terrify all residents.”

There were no rules, only outcomes. The result was a permanent, rumbling chaos in the valley that both prevented Pakistan or the Kashmiris from moulding a resistance that was capable of capturing the state from India, and stopped India from imposing a profound enough peace to be able to incorporate the state into its union.

For instance, since 1989 the south of the valley had been increasingly dominated by two militant outfits. The home-grown Kashmiri rebels of Hizbul Mujahideen, generously backed by the ISI and steered by Sunni clerics in Pakistan, competed for dominance with the Movement (Harkat), Pakistan-born, but having recruited Sikander (district Commander of Harkat in Anantnag) and other Kashmiris to give it grassroots credibility. Alarmed at the power wielded by these two outfits, which had made the region’s main town, Anantnag, and the hills that ringed it ungovernable, the Intelligence Bureau (IB) tried to penetrate both in order to set one against the other.

Eventually, Indian intelligence turned a senior field commander in HM, known as ‘Umar’. As the kidnappings of Kim Housego and David Mackie were unfolding, Umar was fed false intelligence that the Movement’s key spiritual advisor in Anantnag, Qazi Nisar, was stealing money from his own mosque, while collaborating with India to actively canvass against the militancy. The embezzlement allegation was an outright lie, but was particularly damaging for an ascetic cleric. The collaboration claim was subtler, and far harder to refute, as it relied on a nasty distortion of the truth. Cleric Qazi Nisar, who was much respected by Sikander, had been persuaded by the Housego family to intercede to get Kim and David Mackie freed. Twisting this out of context, Umar passed on the false charges against Qazi Nisar to the HM command.

A few days later, on 19 June 1994, Umar carried out the cleric’s killing, bringing a shocked Anantnag to a standstill. Following orders from his Indian handlers, Umar called Kashmiri journalists like the BBC’s Yusuf Jameel and blamed the murder on Sikander, telling them that he had been angered at Qazi Nisar’s meddling in the kidnapping. Since the Movement was known locally to be responsible for the Housego/Mackie abductions, this claim appeared credible, and Sikander was widely blamed, threatening to wipe out his standing in the district that was his power base.

As hundreds of thousands of people massed for Qazi Nisar’s funeral, distraught at the killing of such a holy man, the Movement, understanding the danger it was in, declared war on HM for framing it. According to the JK Police veteran, “The Indian security forces sat back to watch the slaughter, months of tit-for-tat killings exploding in the district that drained HM and sapped the Movement, getting rid of a troublesome cleric along the way.”

‘‘For the security forces, winning the war in Kashmir, playing the Game, came before everything else, including the lives of a few unimportant backpackers.”, he concluded.

Some excerpts from the book “The Meadow: Kashmir 1995 – Where the Terror Began” by Adrian Levy and Cathy Scott-Clark posted for educational purposes only without any copyright infringement intention. 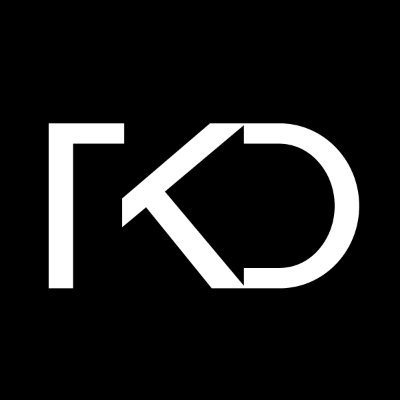