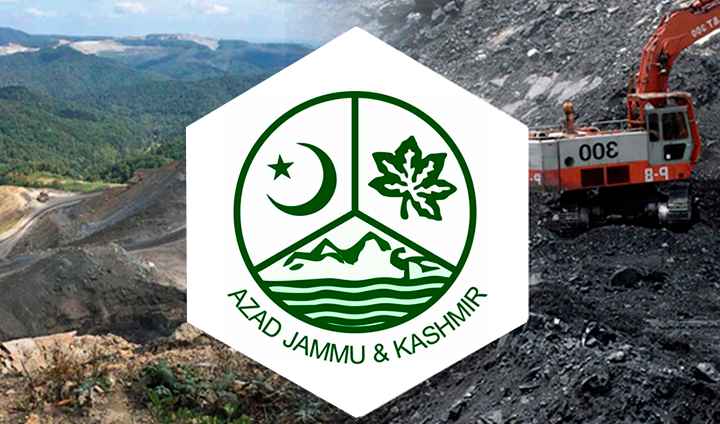 Ever since the rise of armed struggle in Occupied Kashmir in 1988, a section of people in AJ&K has been propagating that AJK has also been occupied by Pakistan and that Pakistan is no different than India. It has deprived the citizens of AJK of their basic human rights and has been looting their wealth for decades. Over the years, hundreds of articles in different newspapers and dozens of books and booklets have been published by them on this topic. Almost all these books and booklets complain that AJK’s natural resources worth ‘trillions of rupees’ like electricity from Mangla Dam, minerals, gemstones, and forest wood are being exploited every year by the government of Pakistan whereas AJK does not get a single penny in return. Although, majority of these books have been banned by the state government, hardly did anyone in AJK care to reply to those authors. In this piece, we will be trying to look at these claims and find the answer whether Pakistan is really looting the wealth of AJK and if it is AJK that has been feeding Pakistan or it is otherwise?

Saeed Asad, director of National Institute of Kashmir Studies writes in his book “Jammu & Kashmir Book of Knowledge” that “Mangla Dam generates one thousand megawatts of electricity that fulfills 35 percent of Pakistan’s total need.”[1] Similarly, former president of the Jammu & Kashmir Plebiscite Front, Mr. G.M. Mir also claims that Mangla Dam provides 35 percent of Pakistan’s energy needs. [2] He further writes that former president of AJK, Sardar Abdul Qayyum had claimed in an interview on Zee Tv that the federal government owes AJK 500 billion rupees as NHP for Mangla Dam. [3] Another eminent nationalist personality, Mr. Abdul Hakim Kashmiri, president of Central Union of Journalists AJK, has this to say on this issue:
“The total electricity requirement of Pakistan, a country with 200 Million people, is 22,000 MW. Only if AJK’s rivers are utilized in a proper manner, we can produce 20,000 MW of electricity that is enough to meet the needs of 200 million people. On other side, the area of Gilgit Baltistan and Indian Occupied Kashmir is 18 times greater than that of AJ&K. One megawatt produces 24,000 kWh units of electricity in 24 hours. If we utilize the rivers of the state of Jammu & Kashmir and produce 100,000 MW electricity, we will get 2.4 billion kWh units every day. By selling it at 10 rupees per kWh unit, we can earn 24 billion rupees in a single day and 24×365= 9,000 billion rupees in a year. The combined budget of all the three parts of divided J&K is nearly Rs. 600 billion. This means our economy can be multiplied 15 times through the proper utilization of our rivers only. In other words, a labour whose monthly income is 10,000 rupees will be earning 150,000 rupees. According to the same formula, a government servant or a trader who earns Rs. 50,000 monthly will be earning 7.5 lac rupees every month. I am not building castles in the air, we have a live example in front of us in the shape of European countries.”[4]

Where lies the truth then? It is just one click away on a search engine like Google. Pakistan’s total installed power generation capacity is more than 35,000 MW and the country’s requirement stands at 25,000 MW. Mangla dam with an installed capacity of 1000 MW does not contribute even 4 percent to the national grid. And even if we talk about all the hydel power stations in AJK, they don’t generate 10 percent of the total production. Similarly, Sardar Abdul Qayyum’s interview with Zee TV is available on YouTube. He didn’t mention the figure of 500 billion rupees anywhere.[5] For the sake of reader’s information, the annual production of Mangla dam is nearly 4 billion kWh units [6] while the rate of Net Hydel Profit in Pakistan today is Rs. 1.1 per unit. Upon multiplying Rs. 1.1 by 4 billion, one can easily find how much AJK should receive from the Federal Government as Net Hydel Profit (royalty) annually.

Now coming to Malik Abdul Hakim Kashmiri’s dream of generating 100,000 MW of electricity in J&K and then selling it to the neighbors, one should ask him to whom does he want to sell the electricity? India? Pakistan? Or China? All three are almost self-sufficient in their energy needs. [7] Even if any of these countries does require electricity, won’t it try to build power stations in its own territory instead of buying electricity from J&K? Secondly, does this learned writer know how much building a dam costs? Diamer-Basha dam with installed capacity of 4,800 MW will cost Pakistan 14 billion dollars. Similarly, 5.1 billion dollars were spent in the construction of NJHPP with installed capacity of 969 MW. Imagine investing hundreds of billions of dollars to generate 100,000 MW of electricity and ending up in realizing that there is no market where you can sell your product!

Abdul Hakim Kashmiri goes on to write “Until now we have discussed the rivers only. Apart from this, the treasure that we have in the shape of minerals underneath our soil is more than the wealth of any developed country in Europe or the Middle East. According to AJK’s department for mineral resources, alone district, Neelum has the reserves of rubies worth 250 billion dollars.” Both Abdul Hakim Kashmiri and G.M. Mir have quoted a report on Daily Jang from 1997 and said, “In 1997, an Australian’s firm had surveyed the areas of Hunza and Gojal. Daily Jang from Lahore published a report on their findings on 23 December 1997 according to which there are gold reserves at 50 different spots in Hunza and Gojal. The total cost of these reserves is estimated to be 50,000 billion dollars.”[8] Genius Abdul Hakim Kashmiri further writes “la mehdood pathar ki sanat kayi hazar saal tak hamara budget pura kar skti hai”.[9] (This gemstone industry can run our budget for thousands of years.) Similarly, Saeed Asad writes, “Nature has blessed the mountains of Kashmir region with unlimited treasure of gemstones. Ninety percent of Pakistan’s gemstone production comes from the mountains of Gilgit-Baltistan… Pakistan is earning hundreds of billions of dollars (kharbu dollar) from the minerals in Gilgit Baltistan…[but] not a single rupee is being spent on the development of this region.”[10]

Out of this 250 billion, more than 80 percent was contributed by fossil fuels but interestingly, fossil fuels aren’t found anywhere in AJK or Gilgit Baltistan.

About Abdul Hakim’s Kashmiri’s claim that according to AJK’s own mining department, total reserves of Ruby in Neelum are of 250 billion dollars, here are the actual estimates by Azad Kashmir Mineral & Industrial Development Corporation (AKMIDC) [14] published in AJK Statistical Year Book 2020 according to which the reserves of rubies do not amount to more than 0.2 billion dollars while the total mineral reserves in AJK are just above 3.5 billion dollars (Rs. 600 billion).

In connection to this, another well-known writer from AJK Dr. Shabir Choudhry, who has authored a dozen books on Kashmir, has claimed that according to his research, 180,000 trees were cut from the forests of AJK in 2012-13 alone. “Ye kul mala kr 480 Arab hogya, ab mujhay bataien ke kon kis ka khata hai? Aur ye kitnay saalu se jari hai!” (The total amount that these trees generated is 480 billion rupees. Now tell me who is being fed by whom? All this has been happening for many years.) [15] Again, like all the other writers Shabir Choudhry does not care to share the source of these figures except his own sources which are based on hearsay. This learned writer also did not bother checking forestry’s share in Pakistan’s GDP before making this tall claim. As per the statistics shared by Pakistan Bureau of Statistics, Forestry’s share in Pakistan’s GDP in the fiscal year 2012-13 was 113 billion rupees only (0.6 percent). [16] What one fails to understand here is how come AJK contributed 480 billion out of 113 and has been feeding Pakistan when total the land area covered by forests in AJK is not more than 12 percent of Pakistan’s total forest reserves?

Anyhow, total revenue generation by Forestry sector in AJK during the financial year 2012-13 as per AJ&K Forests Department, Muzaffarabad was 0.3 billion rupees. [17]

It may seem weird but it is true that many nationalists also believe that water can help them become a major power in this region. For instance, Dr. Shabir Choudhry says, “Since 1947, Pakistan hasn’t paid us a single penny for using the waters of Upper Jehlum Canal. I have already said that this canal irrigates crores of acres of land in Punjab. The bread and butter of hundreds of thousands of people are connected to it. Lacs of tonnes of wheat are produced every year. Without this water, there would be nothing. It is due to our water that wheat is being produced in Punjab, people have got jobs and methods of earning. Still, they say that AJK is being fed by Pakistan?”[18]
Hence, the learned writer believes that the water belongs to AJK and Punjab needs to pay them for using water for its agriculture just because it is entering Punjab from AJK. By virtue of this logic, Ravi, Chenab, and Sutlej belong to India and Indus to China since the former three originate in Himachal Pradesh while the latter originates in Tibet. Independent Kashmir would be paying India for these rivers. Similarly, Pakistan and Bangladesh should be paying India and India should be paying China for using their rivers for agriculture.

It is very unfortunate that these writers who do not know even an iota of International Law and economy have been given space by the publishers and universities in Pakistan. What is more disappointing is the fact that nobody in AJK ever cared to reply to such publications that have been continuously spreading disinformation. It is high time for the researchers and journalists in AJK to step forward and write in response to this baseless propaganda that is being fed to the youth of AJK and prevent the people of AJK from falling for it.

Author hails from AJK, Pakistan and is a medical student at Rawalpindi Medical University. He can be reached at ahsanakram661@gmail.com.