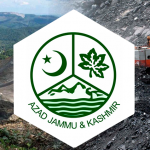 Ever since the rise of armed struggle in Occupied Kashmir in 1988, a section of people in AJ&K has been propagating that AJK has also been occupied by Pakistan and that Pakistan is no different than India. It has deprived the citizens of AJK of their basic human rights and has been looting their wealth for decades. Over the years, hundreds of articles in different … END_OF_DOCUMENT_TOKEN_TO_BE_REPLACED

A myth constructed and repeated by India and few quarters in JK that Pakistan halted the implementation of the UN Resolutions by not withdrawing her troops from AJ&K. For example, the founder of JKLF Amanullah Khan writes in this connection: "The UN Resolution of 13th August, 1948 asked Pakistan to remove all her troops and the tribesmen from the state first. Then India … END_OF_DOCUMENT_TOKEN_TO_BE_REPLACED 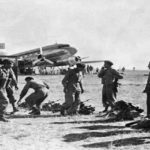 Perhaps the biggest of lies related to the Kashmir dispute is that the Indian Army had arrived in Kashmir only after the tribesmen intruded on 22nd October 1947. Whereas the reality is that the Indian Army was present in different parts of Jammu and Kashmir by 17th October 1947 which means five days before the Tribals came and ten days before the 27th of October. The fact came … END_OF_DOCUMENT_TOKEN_TO_BE_REPLACED 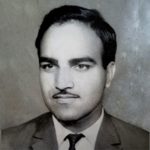 The morning of 1st April 1993 brought another mourning in Kashmir when a bullet-ridden human corpse was found in the Bachpora area of Srinagar. It had been lying face down. The children of the area had turned it over. The body was lying in a pool of blood. An entry bullet wound could be seen on the right and another wound on the left of the neck from where the bullet had left. … END_OF_DOCUMENT_TOKEN_TO_BE_REPLACED 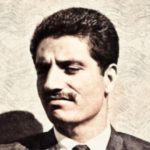 Maqbool Bhat along with his two colleagues, Riyaz Dar and Hamid Bhat, was handed over to JK Police by people of Langate near Kupwara in the year 1976. He was then sent to Tihar Jail, Delhi while the other two were lodged in Central Jail, Srinagar. Since 1976, he had spent 7 to 8 years in Tihar Jail, Delhi till 1984 when he was suddenly hanged by Indian authorities. Question … END_OF_DOCUMENT_TOKEN_TO_BE_REPLACED