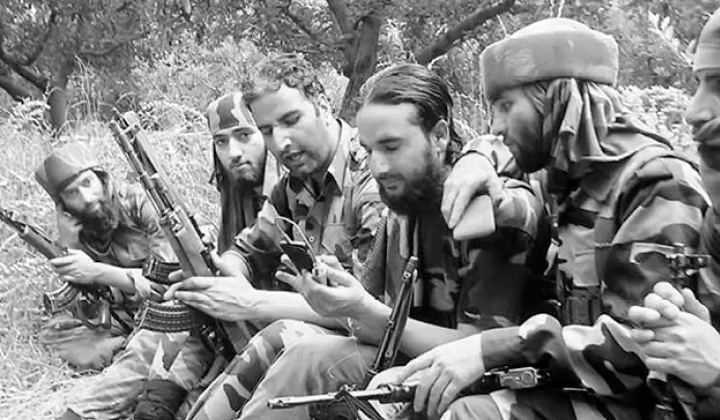 Kashmir is under the prolonged Military occupation of India for seven decades. To undo this military occupation, Kashmiris are resisting through different means and methods one among them is armed resistance by the indigenous armed groups in occupied territory.

The United Nations Security Council in 1948 while discussing the ‘Question of Kashmir’ held that the disputed territory of Kashmir shall be given the right to decide their future through a free and impartial plebiscite in the region. But India has not fulfilled its promise and has forcibly occupied the territory by deputing more than 700,000 occupying armies in Kashmir. The situation in IOJK is the same as of Israel occupying Palestine.

Now the moot question arises whether the armed struggle against occupying army to achieve the right to self-determination is legitimate under international law?

The norm is settled under international law that resistance and even armed struggle against a colonial occupation force are not just recognized law but specifically endorsed. To support the argument in 1974, resolution 3314 of the UNGA prohibited states from “any military occupation, however temporary. The resolution went on to affirm the right “to self-determination, freedom, and independence of peoples forcibly deprived of that right, particularly peoples under colonial and racist regimes or other forms of alien domination”. It also noted the right of the occupied to “struggle … and to seek and receive support” in that effort.

The term “armedstruggle” was impliedly included, though without a precise definition in that resolution as also in many earlier ones that upheld the right of indigenous persons to evict an occupier. This imprecision was to change on December 3, 1982 when the UNGeneral Assembly’s resolution 37/43 removed any doubt or debate over the lawful entitlement of occupied people to resist occupying forces by any and all lawful means. The resolution in question reaffirmed “the legitimacy of the struggle of peoples for independence, territorial integrity, national unity and liberation from colonial and foreign domination and foreign occupation by all available means, including armed struggle”.

The India’s forcible military presence in Kashmir is of terminal colonial situation. The expression ‘terminal’ is justified because this colonial situation goes on for more than 7 decades which hostile state violence and unabated war crimes and crime against humanity  to civilian population.

It goes without saying that India is faced with a terminal colonial situation in the parts of Kashmir it occupies. The expression ‘terminal’ is justified because this colonial situation goes on for last 70 years and has brought suffering and violence on an unspeakable and indescribable scale to the tiny population of Kashmir.

The consequence of military occupation has doubled the crimes which meet the legal definition of war crimes and crimes against humanity as evident from the multiple Human right report publish by OHCHR and Human Right Watch.

There is evidence of massive human rights abuses by Indian forces – abuses which meet the legal definition of war crimes and crimes against humanity. Indian occupied Kashmir  remains one of the most highly militarized regions in the world where nearly a million soldiers are stationed to watch the local population.

The Kashmiris have been living under shadows of guns for decades, where each day is characterized by fear and threat to life, property and honour. They have not been in control of their lives; rather they are left to the mercy of occupiers.

The brutal tactics of the Indian military — forced disappearances, mass shootings, extrajudicial killings, torture, blinding, maiming, arson, rape — which started just after the partition of the sub-continent, are so pervasive they have touched almost every family in the Valley.

The Indian forces have been using indiscriminate and disproportionate use of force through banned weapons against men, women, children and the elderly aiming to kill, maim or blind them. The total number killed, maimed, and otherwise harmed are in tens of thousands.  Yet no Indian soldier has ever been punished for crimes in Kashmir. Indians laws like the Armed Forces Special Powers Act (AFSPA) guarantee impunity to personnel of Indian Armed Forces and police.

In the right earnest, Jammu and  Kashmir should not be seen merely as a territorial dispute between India and Pakistan. Rather, it is a question of the Military occupation where population is fighting for right of self-determination. Violence, silent genocide and economic exploitation, continuous deprivation, marginalization, powerlessness, statelessness, loss of identity, and cultural imperialism of India.

Kashmir remains one of the most highly militarized regions in the world with the highest number of military bases and the theatre for four wars between India and Pakistan over the sovereign status of the former princely State of Jammu and Kashmir.

A series of bilateral talks between India and Pakistan failed to resolve the issue. A United Nations-brokered ceasefire and the existence of a UN Commission for India and Pakistan (UNCIP) have not helped to address the  people’s  concerns and to enfranchise them.

In a situation where even right to protest peacefully has been criminalized and met with brute force, Kashmiris are left with no other option than resorted to armed struggle in self-defense and achieving the Right of self determination .

International law recognizes the fundamental rights to self-determination, freedom and independence for the occupied. In Kashmir, that includes the right to armed struggle, if necessary. Long ago, the famed abolitionist Frederick Douglass, himself a former slave, wrote of struggle. And his words still resonate today, in Kashmir as they did some 150 years ago in the heart of the Antebellum South in the United States. He said, “If there is no struggle, there is no progress. Those who profess to favor freedom, and yet depreciate agitation, are men who want crops without plowing up the ground. They want rain without thunder and lightning. They want the ocean without the awful roar of its many waters. This struggle may be a moral one; or it may be a physical one; or it may be both moral and physical; but it must be a struggle. Power concedes nothing without a demand. It never did and it never will.”

India is involved in attempting to militarily obliterate the people demanding self-determination and to try to reduce these conflicts to “terrorism”. The defenders of self-determination are in a very vulnerable position. The supporters of the groups fighting for the realization of national liberation are also being labelled or unduly burdened by laws against terrorism at the extremely serious expense of not only human rights but rights under the Geneva Conventions, other treaties and customary laws of armed conflict.

India controls the State machinery including the administration, the judiciary and the police, as well as modern means of communication and modern army equipped with powerful and sophisticated weapons. The other is composed of less than one hundred irregular combatants whose only asset is their high motivation and strong faith in the justice of their cause, reflecting popular aspirations which cannot be freely and democratically expressed and pursued .

In these condition Kashmir’s liberation movement has no choice but to carry on by resorting to non-conventional or guerrilla warfare.