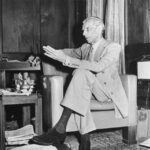 Founder of Pakistan, Muhammad Ali Jinnah spoke to BBC Correspondent Robert Stimson on 13th December 1947 at Governor-General's House, Karachi where he talked about different issues like Palestine, Muslim League, Pakistan's participation in Commonwealth and Kashmir Conflict. Jinnah's statement about Kashmir in the same interview, which perfectly explains his stance on Kashmir … END_OF_DOCUMENT_TOKEN_TO_BE_REPLACED 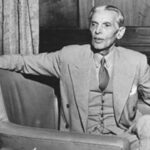 Founder of Pakistan, Quaid-e-Azam Muhammad Ali Jinnah paid multiple visits to Kashmir Valley during his life -- during 1920s, 30s and 40s. Former Chief Justice of AJK High Court, late Justice Muhammad Yusuf Saraf has discussed his visits in detail in his narration "Kashmiris Fight for Freedom". An abridged version of the chapter "Quaid-e-Azam in Kashmir" of his book is … END_OF_DOCUMENT_TOKEN_TO_BE_REPLACED 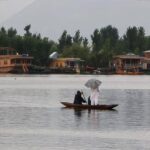 Major William P. Cranston was a British Military Officer who served in the subcontinent at the onset of partition and is known for evacuating the British citizens from the state of Jammu & Kashmir after the commencement of the First Kashmir War between India and Pakistan. Cranston had also spent some time in Kashmir before 22nd October and had observed the on-ground … END_OF_DOCUMENT_TOKEN_TO_BE_REPLACED