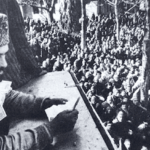 Two investigative journalists Adrian Levy and Cathy Scott-Clark interviewed different policemen, intelligence officers, and counter-insurgents for their remarkable book "The Meadow" related to the kidnapping of five western tourists in 1995. While sharing their experience with one of the JK Police officers, the authors wrote: The overarching strategy of "the Game" i.e. … END_OF_DOCUMENT_TOKEN_TO_BE_REPLACED 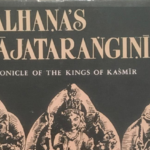 History is a science, of not only knowing the past but also man's extreme urge in deciphering and creating his identity as per the contemporary times. It is not restricted to being a narration of a broken chain of events only, but history is a process, which creates narratives. Narratives, which tell and retell, why a particular people, are on a certain course of action or … END_OF_DOCUMENT_TOKEN_TO_BE_REPLACED 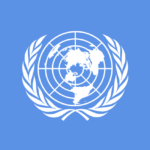 India took the case of Jammu and Kashmir to the United Nations Security Council on 1st of Jan 1948 which resulted in the formation of United Nation Commission For India and Pakistan(UNCIP), this commission then passed multiple resolutions in order to settle the issue but due to India’s attitude, the issue is still pending. When we try to study UNSC resolutions, one thing … END_OF_DOCUMENT_TOKEN_TO_BE_REPLACED 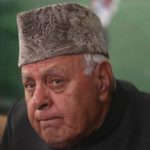 Farooq Abdullah has a marked personality, he always spoke in a loud voice, he was always confident in political corridors of India with a sense of entitlement, throwing tantrums at fellow politicians, giving media bytes outside parliament, scolding Journalists for asking inconvenient questions. He was never a mellowed down person whatever the situation was, from being stopped … END_OF_DOCUMENT_TOKEN_TO_BE_REPLACED